Neurotoxin Science and Practice Management During the Pandemic: A 2-part discussion

This program will review the science of neurotoxin potency, and feature a panel discussion about managing patients during the pandemic. Following the panel discussion, a question and answer session will be held with the panelists. 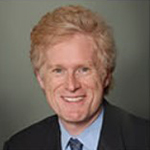 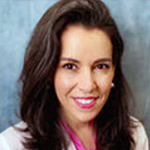 Indications
Spasticity
BOTOX® for injection is indicated for the treatment spasticity in patients 2 years of age and older.

Limitations of Use
BOTOX® has not been shown to improve upper extremity functional abilities or range of motion at a joint affected by a fixed contracture.

Postmarketing reports indicate that the effects of BOTOX® and all botulinum toxin products may spread from the area of injection to produce symptoms consistent with botulinum toxin effects. These may include asthenia, generalized muscle weakness, diplopia, ptosis, dysphagia, dysphonia, dysarthria, urinary incontinence, and breathing difficulties. These symptoms have been reported hours to weeks after injection. Swallowing and breathing difficulties can be life threatening, and there have been reports of death. The risk of symptoms is probably greatest in children treated for spasticity, but symptoms can also occur in adults treated for spasticity and other conditions, particularly in those patients who have an underlying condition that would predispose them to these symptoms. In unapproved uses and in approved indications, cases of spread of effect have been reported at doses comparable to those used to treat Cervical Dystonia and spasticity and at lower doses.

CONTRAINDICATIONS
BOTOX® is contraindicated in the presence of infection at the proposed injection site(s) and in patients who are hypersensitive to any botulinum toxin product or to any of the components in the formulation.

Lack of Interchangeability Between Botulinum Toxin Products
The potency Units of BOTOX® are specific to the preparation and assay method utilized. They are not interchangeable with other preparations of botulinum toxin products and, therefore, Units of biological activity of BOTOX® cannot be compared to nor converted into Units of any other botulinum toxin products assessed with any other specific assay method.

Hypersensitivity Reactions
Serious and/or immediate hypersensitivity reactions have been reported. These reactions include anaphylaxis, serum sickness, urticaria, soft-tissue edema, and dyspnea. If such a reaction occurs, further injection of BOTOX® should be discontinued and appropriate medical therapy immediately instituted. One fatal case of anaphylaxis has been reported in which lidocaine was used as the diluent, and consequently the causal agent cannot be reliably determined.

ADVERSE REACTIONS
Adverse reactions to BOTOX® for injection are discussed in greater detail in the following sections: Boxed Warning, Contraindications, and Warnings and Precautions.

There have been spontaneous reports of death, sometimes associated with dysphagia, pneumonia, and/or other significant debility or anaphylaxis, after treatment with botulinum toxin. There have also been reports of adverse events involving the cardiovascular system, including arrhythmia and myocardial infarction, some with fatal outcomes. Some of these patients had risk factors including cardiovascular disease. The exact relationship of these events to the botulinum toxin injection has not been established.

If you are NOT ALREADY REGISTERED
Register now for TOXINS 2021 Virtual Conference, Industry-Sponsored Sessions, Exhibit Hall, Poster Hall and Abstracts.